Let’s do some photos, shall we? At two weeks old, and with the mud finally freezing, May’s babies are getting out of the barn and doing some exploring. And of course last weekend Kate-with-Soays dropped off 5 beautiful new Soay ewes! With seven new faces in the pasture I don’t know where to turn my camera, honestly. 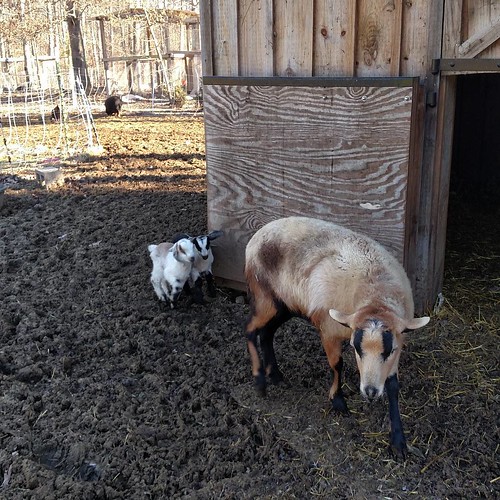 Ella was rather dubious about her tiny entourage, as you can tell by the set of her ears and the way she angled her head to keep an eye on them. 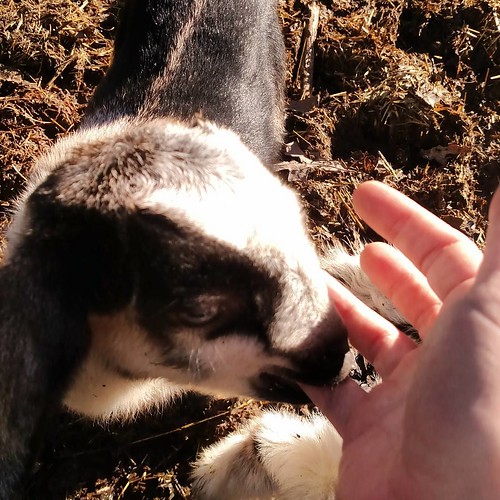 Spice pauses in the middle of exploration to find out if my fingers are food. Spoiler: they are not. 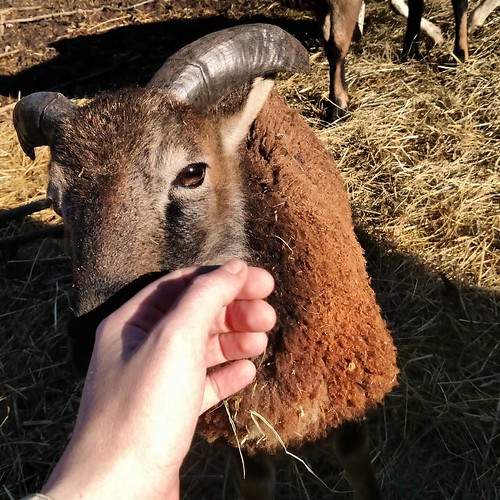 Reuben seeks reassurance that despite all the new animals, he’s still my favorite Soay. Of course you are, little buddy! 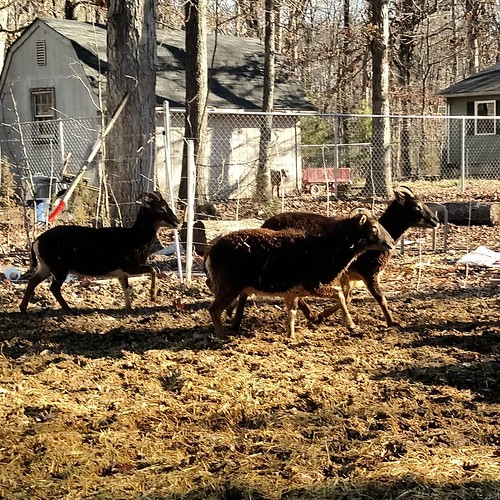 The new ewes are still in Confused Sheep mode, which means they stand still and stare at things then rush off. Here three are rushing between sets of grain dishes because a pig got too close to them. I love their graceful, high-stepping gait. Horse people will probably notice that the one in back is pacing (the legs on each side move together, rather than diagonal legs moving together). So far I’ve identified three or my seven ewes as pacers, which is intriguing. Unfortunately it’s not something the scientists on Hirta are studying. However it’s probably genetic, and if you study pics of Soays found online you can identify a lot of pacing sheep. To complicate matters, my pacing ewes sometimes trot. If I ever win the lottery, I’m funding a grant to study the locomotion of the population on Hirta.

Written by
Andrea
Posted in
Goats, Life at the Manor
Tagged
May, spice, sugar
Comments
Leave a comment

Alas, this is not a post to show off my beautiful new ewes! Unfortunately both Kate-with-Soays and I have come down with some kind of terrible stuffy-nosed plague, and thus the beautiful new ewes will not arrive until next weekend, when I am hopefully feeling well enough to enjoy them.

Meanwhile, most of you are probably aware by now that May presented me with a pair of surprise doelings, Sugar and Spice. After doing the math I figured out that she somehow managed a liaison with Sanglant a mere 4 days before he was wethered. Sigh. Goats will find a way, I guess. May was supposed to be retired from breeding ever again but apparently she had other ideas about it. Still, they’re freakin adorable and I promise as soon as I can handle the html there will be pictures.