Previously in my livestock endeavors, I’ve been making specific selections for traits (or collections thereof) that I really like in animals, as farmers have been doing for millennia. So I’ve bred for goats with nice, moderate conformation; good hooves; feed efficiency; and milk production. I’ve turned the chickens loose to free range and selected for hardy, wily birds that reproduce well. I’ve selected rabbits for those that thrive in a colony situation on a varied diet.

But then came the Soays. The gene pool is so limited, globally, that if breeders were to start selecting for conformation, or wool production, or meat, or whatever, that we would quickly and disastrously run out of genetic material to work with. This is especially true in the US, where the original population of Soays was just six sheep. Although the gene pool has been augmented since the original herd by imported semen from the UK, we’re still working with a severely restricted gene pool, a tiny slice of an already small pie. 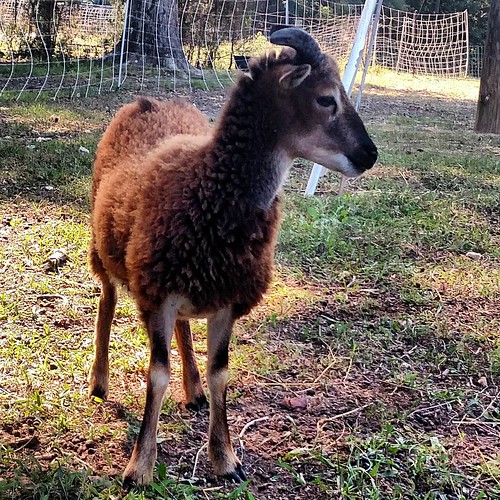 Breeding Soay sheep therefore becomes an entirely different game: preserving the genetic legacy of each healthy animal. You might cull for health, but not for color or conformation or quality of wool or fast growth. Instead of looking at fleeces, you’re looking at pedigrees, trying to find the furthest outcross available to you.

A sad knock-on effect of this from my point of view is that small flocks like mine can rarely keep a ram more than two years. As soon as any of his daughters are retained, a ram needs to move along to spread his genes elsewhere. So while I do adore my ram Ferrington, he won’t be here for the long term like the ewes and wethers. 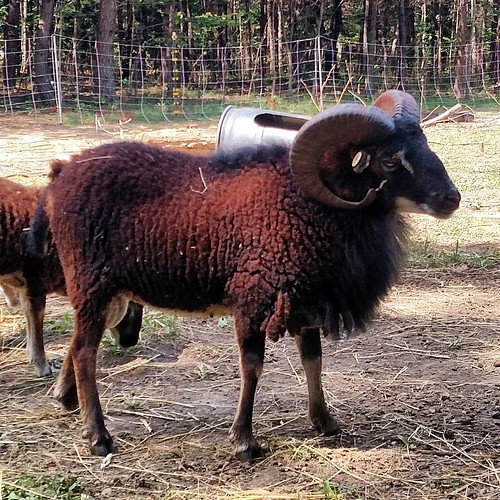 It’s an interesting mental shift for me from selecting for production to preservation, but very rewarding work. I spend my time studying pedigrees of the three Soay flocks nearest to me, looking for someone who might have a ram for me in 2017, and balancing distance against the genetic diversity of my flock. Someday maybe I’ll be able to import semen to artificially inseminate my own ewes, and more actively contribute to helping preserve these tiny woolly jewels.

This post is an entirely boring test of posting from my phone. 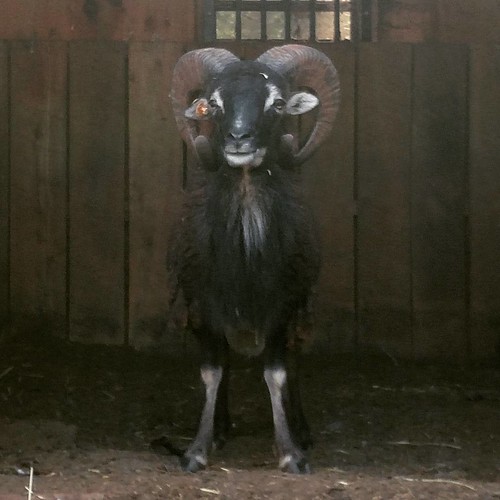 For your patience, here is a picture of my Soay ram, Ferrington.

What have I been up to?

Well, I’ve been writing for the Piedmont Virginian’s blog. My most recent piece is about my current service dog, Xita.

I’ve had to pare down the goat herd due to my health issues, and am shifting over to low-maintenance breeds of sheep that are more appropriate for the pasture we have (as well as being way less work than dairy goats). I successfully crowd-funded a starter herd of Soay sheep, and last weekend a friend and I drove down to get them. They’re amazing little perfect woolly jewels, observe: 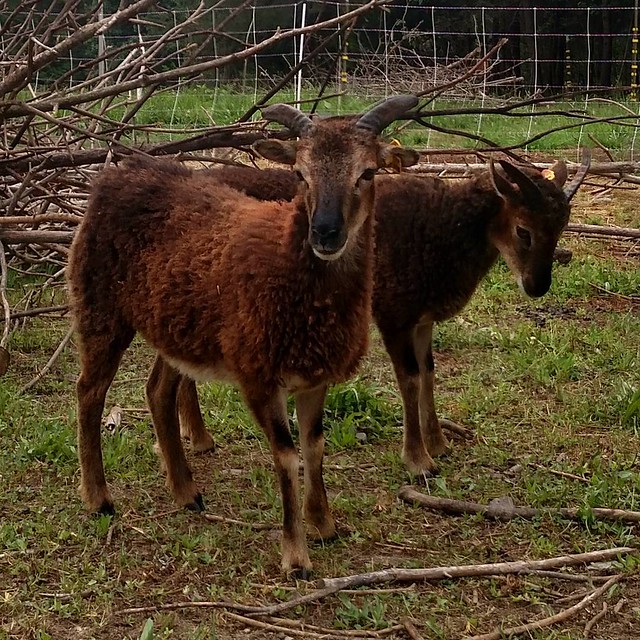 I am especially smitten with my ram, Saltmarsh Ferrington: 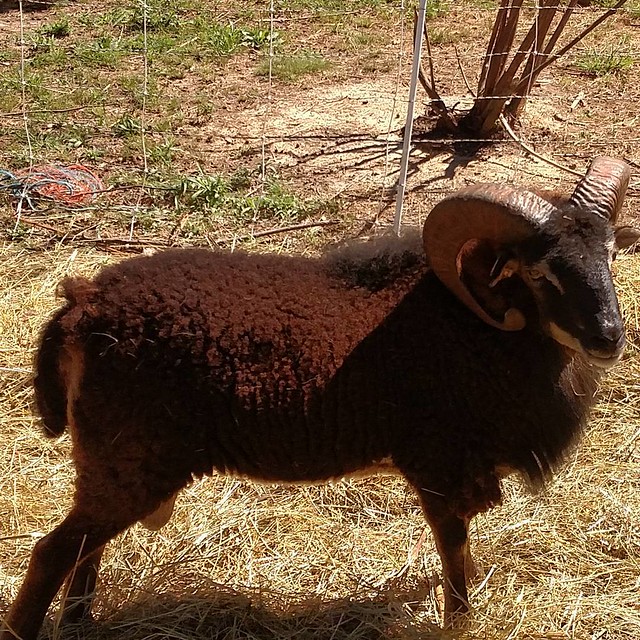 Unfortunately our garden was destroyed by goats this year, so there won’t be any vegetable harvest until the fall crops have been planted and gotten a chance to thrive.

Meanwhile, I’m finally dealing with the Veterans Administration trying to get them to admit that the Navy broke me and they should be giving me money. Fun, only not.