The story of why I decided to learn Welsh is long and political. Suffice to say that some friends of mine and I were talking, and I realized that it might be fun and fulfilling. My brain is kind of like a border collie or a working German Shepherd, in that if I don’t give it constructive work to do it will make its own work. Given that I’ve struggled with depression for more than 10 years now, I really don’t want my brain making its own hobbies.

I’m learning using the lessons over at Say Something In Welsh, and it’s going really well. Welsh is fascinating to learn, because while it’s an Indo-European language it’s most definitely not a Romance language, so grammatical structures vary wildly from comfortingly familiar to a first language English speaker to “what the hell just happened”. For example, if asked a yes/no question, the words for “yes” and “no” vary by verb and tense — to say yes you might say ydw, do, or oes, depending on what question you’re answering. 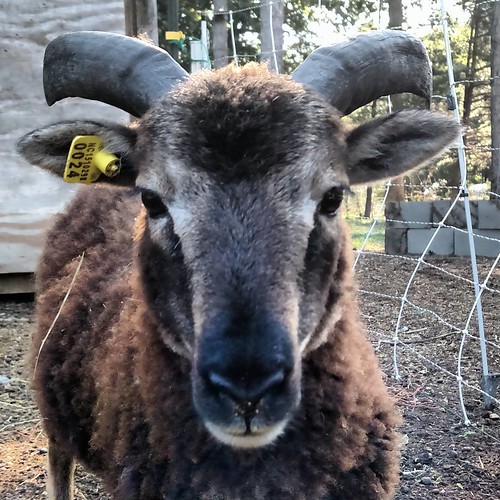 Oes gen ti ddefaid? Oes, mae gen i ddefaid.
Do you have sheep? Yes, I have sheep.

Trying to learn Welsh, in fact, can give a native English speaker some insight into how difficult it must be to learn English, with all its bizarre irregularities. But I’m having fun with it nonetheless, and measuring my progress by how much I can understand of BBC Welsh language radio podcasts. I haven’t gotten a whole sentence yet, but words are definitely popping up out of the sea of foreign phonemes. I’ll consider myself fluent when I get the jokes.

One thought on “Things I do when I’m not farming: learning Welsh”